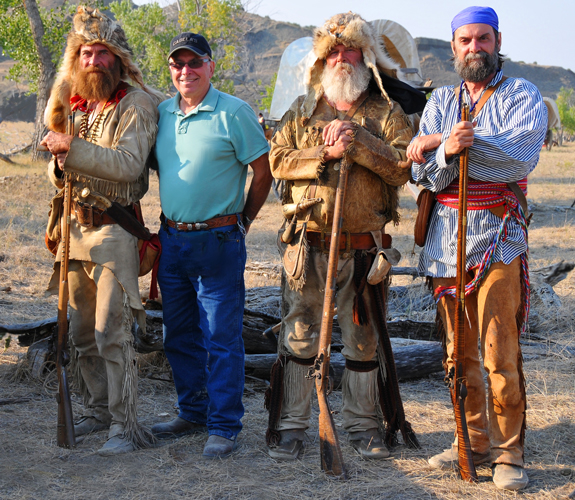 Rick McCollum grew up in Tahlequah, Oklahoma, capital of the Cherokee nation, an area rich in western history. I was completely surrounded by the old west. My dad and uncles were stockmen; my friends were Native Americans, world champion cowboys, cowgirls and hardworking "country folk."

As a child he loved art and was constantly drawing.  I can remember going to the Gilcrease Museum in Tulsa and seeing Remington, Russell, Leigh, and Morans paintings, standing in front of them in awe thinking that I would love to be able to do that. After graduating with honors from the prestigious Art Center College of Design in Los Angeles, he was selected by the school for an extended study program with some of the nations top illustrators in the New York area. He remained and worked in the illustration field for 28 years receiving over 100 awards of excellence and merit, including medals from the New York Society of Illustrators and shows across the country and abroad. In 1986 he was one of sixteen artists asked to represent the United States in the first Biennial of Illustrators in Tokyo, Japan.

After a brief trip back to Oklahoma, McCollum decided to pursue his childhood dream. Jumping from a successful career in illustration to fine art was scary. It was like starting all over, but I was painting what I loved. It connected me to home." In 2001 he received the Russell Auction Ralph Tuffy Berg award for the best new artist. In 2002 the Old West Museum, Western Spirit Art Show and Sale, awarded him, Best Oil Painting. In 2007 Rick received the Artist Choice award at the Western Artists of America show and sale at the Hubbard Museum in Ruidoso, NM.

Rick is an adjunct professor of art at the Shintaro Akatsu School of Design at the University of Bridgeport, and a past member of the Oil Painters of America and The Western Artists of America. The West Lives On Gallery in Jackson Hole, Wyoming, and Gallerie Amsterdam in Carmel, CA represent his work.